← more from
Materia Collective
Get fresh music recommendations delivered to your inbox every Friday.

Where the Water Tastes Like Wine (Original Game Soundtrack) 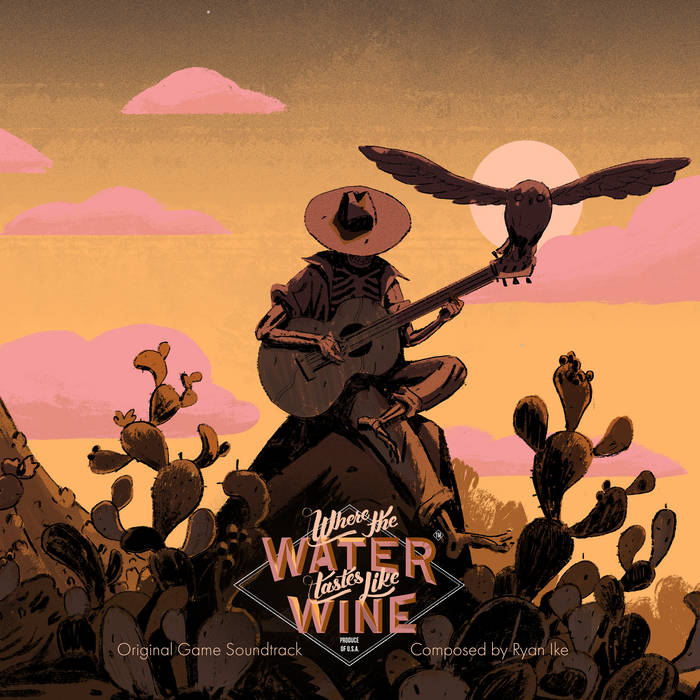 mercucial Invocative, yet never overstays its welcome. Under the country style overlay, there is a incredible mix of various styles (jazz, clubs, flamenco, and so on) which lives up to the game's wide range of stories and characters. Favorite track: Curandera.

Raven This song was love at first hear. It contained all the things I loved about folk/bardlike songs: catchyness, complementary male and female voices, acoustic guitar, and a feeling of actual emotion. Favorite track: Heavy Hands.
more...

Could Not Be Worse

The original soundtrack for Dim Bulb Games’ Where The Water Tastes Like Wine. Featuring well over a dozen live performers and songs ranging the breadth of American music, from folk to bluegrass to big band jazz. Like America itself, this album is one big story, woven of many small ones.

"Working on this soundtrack has been a dream come true for a lot of reasons. I've always been really interested in how music can change and take on a life of its own as people share it, and getting to explore that idea with WTWTLW's world map theme (which shifts styles and influences depending on where you are in the country) was awesome.

I'm also a big fan of how people from different backgrounds can come together to form one musical culture. I think American Folk music is one of the best examples of that, and writing this soundtrack meant I got to work with a ton of amazing performers from all over the country, including many I've been wanting an excuse to hire for a long time. Working on this game really crossed a lot of stuff off my musical bucket list!" - Ryan Ike

"Where the Water Tastes Like Wine (Original Game Soundtrack)" was made possible by the following individuals:

For complete credits and information about this release, please visit Materia Collective: www.materiacollective.com/music/where-the-water-tastes-like-wine-original-game-soundtrack

Music and audio for games like Where the Water Tastes Like Wine, West of Loathing, Gunpoint, Frog Fractions 2, Reigns: Game of Thrones, and more.

Bandcamp Daily  your guide to the world of Bandcamp

Damu The Fudgemunk shares his recent collab with Def Pressé, plus jams from Common and more